How Cars Work: The Ultimate Guide to Drivetrains

by Organised Everyday
in Automotive
0

We’ve all lusted over those engine pics with the hood open. The voluptuous curves of the cylinders, the bulging intake pipes, and beefy airboxes. This is where power is produced. But rarely you’ll see anyone curious enough to see how that power gets down to the wheels. This is the task of the drivetrain.

5 Tips To Organize Auto Detailing Equipment In Your Garage 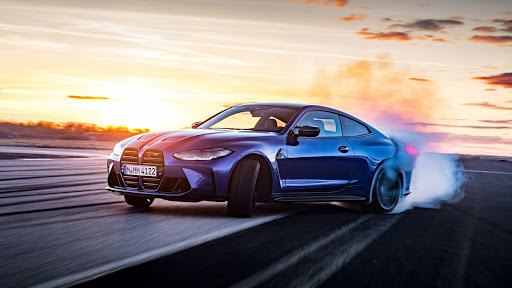 Rear-wheel drive (RWD) cars were the predominant type of vehicle until recently when carmakers decided to make the shift to front-wheel-drive. The setup though still remains in performance-oriented cars and trucks, and for good reason.

Even weight distribution, better handling, increased traction, and lower tire wear are just some of the benefits of rear-wheel vehicles. Power is transferred from the rotating crankshaft via the flywheel through to the transmission. This ensures that the right amount of torque gets to the driveshaft at any given speed.

All the components of the drivetrain, the transmission, driveshaft and differential are moved to the front of the car in a front-wheel drive configuration. To get everything neatly in place and functioning, engines have also made a shift. Transverse engines or those placed horizontally are one giveaway that your car has front-wheel drive.

The benefits here are the lower weight, as well as the space savings of heavier car drivetrain parts in an RWD setup. There’s also better low-speed traction, but understeer with the front wheels tasked both with power transfer and keeping direction, can soon become an issue. Loss of steering feel is one symptom, another is advanced wear in the front tires.

Parts are also a little different. Transaxles combine the separate roles of transmissions, axles, and differentials into one integrated assembly. In addition, there’s no need for heavy driveshafts, but the use of so-called ‘half-shafts’ transfers engine torque to the wheel hubs. These are connected with constant velocity (CV) joints, or more precisely, one inner CV joint from the transaxle, and an outer CV joint to the wheels. 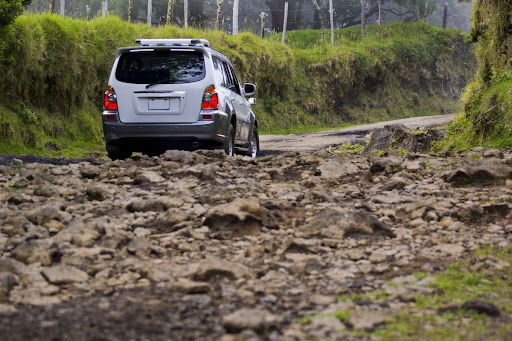 This is a drivetrain type that transfers engine power to all four wheels. It’s what you’ll find in most trucks and SUVs. The benefits are more than obvious: increased traction from all four wheels no matter the road surface, and distribution of power to the right axle (and wheel with mechanical and electronic aids) when there’s the need.

Most 4WD vehicles really are only part-time 4WD, meaning they have a rear axle bias, and only engage the front axle when things get tough. To get both axles moving at the same time, 4WDs have transfer cases, a separate front driveshaft, differentials at the front and back, and locking hubs. Transfer cases are usually bolted onto the back of the transmission, and with 4WD mode engaged, provide for an even distribution of torque between the front and rear axles. Usually, this is only to the rear axle to save on fuel.

An output shaft from the transmission sends torque to the transfer case, which in turn is connected to the rear drive shaft, and from there to the rear differential. Inside the transfer case, there’s also a set of gears and chains, that when engaged, spin a front driveshaft and this splits power evenly between both axles. These vehicles then have front and rear differentials, and these can be auto-locking or driver-engaged, to ensure traction Is there every time.

Limited slip differentials are another way to increase traction to different wheels by transferring some of the torque of slipping wheels to the opposite end of the axle. To do their wizardry, 4WD drivetrains ultimately depend on the last component – locking hubs.

The wheels on front or rear-wheel drive cars are bolted to the wheel hub and this allows the wheels to spin freely. Not so in 4WDs.Locking hubs, engaged automatically or manually by the driver, either lock or unlock the front wheels from the front driveshaft with the 4WD mode on. 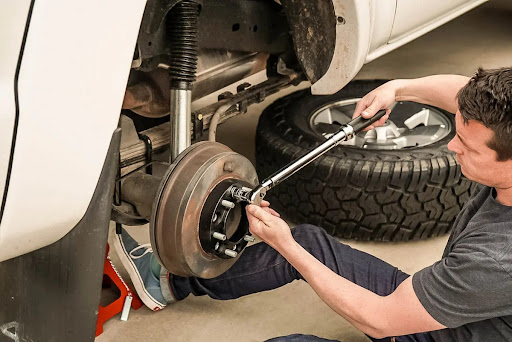 Hubs are the parts that connect the axles to the wheels. This is often a pre-assembled (cast, forged, or machined) unit that also goes by the names of wheel hub assemblies or wheel hub bearings. They are tasked with the smooth movement of the wheels and indirectly impact things like braking force (with ABS sensors fitted), traction as well as fuel economy.

Hubs are located between the drive axles and the braking components. The hub assembly is attached with bolts on the brake disc side and mounted to the steering knuckle on the inner, driver axle side. Most are bolt-on and easily accessed when need inspection or repair, but there are also pressed-in hub assemblies on older vehicles.

Though hub assemblies are generally rated to last the lifetime of the vehicle, bearings inside may need to be replaced. Some more often. Inner and outer bearings are some of the cheaper replacement parts you can find and ensure safe steering and braking response.

On a related note, drivers may also choose to install wheel spacers and wheel spacer adapters. Wheel spacers are used to create the necessary clearance on the inner portion of the wheel to adjust things like brakes and suspension components and also allow drivers to fit bigger tires without having them rubbing against fenders. The benefits go a little further than that. Bigger calipers offer better braking force and bigger tyres more ground clearance and traction. Spacers are fitted between the wheel and the hub assembly, and the added widths are covered with longer bolts.

Wheel spacer adapters go one step further in that they allow drivers to change the bolt pattern, in essence making way for aftermarket wheels not made for the stock hub assembly. This gives drivers more options for different aftermarket wheels, in addition to different wheel sizes. Both parts help in handling and cornering agility, as well as in the looks department.

Sourcing automotive drivetrain parts, and wheel hubs, spacers, and adapters, for that matter, is like sourcing any other car part. You need to do your research on the parts you need and listed with car part numbers that go with the make and model.

Drivers also have the choice to go with upgrades, like lighter flywheels, stronger clutch plates, or whole clutch kits that add a little performance to the mix. Wildly insane but not impossible are front to rear-wheel drive conversions and complex changes to gear ratios, that change traction levels and acceleration response. Either way, source all parts from respected brands, either OEM or aftermarket, to ensure the quality (and fit) is there.

5 Tips To Organize Auto Detailing Equipment In Your Garage

Auto detailing is a fantastic way to keep your car looking like new and shiny for years, but it can...

Jay Wolfe Honda vehicles benefit drivers with the DriverPlus Upkeep Arrangement. This understanding incorporates various administrations and is framed in...

Which Vehicles Have the Lowest Insurance Costs in Ontario

Car insurance is an essential aspect of owning a vehicle in Ontario. Not only is it a legal requirement, but...

Does Tuning Your Ford Ruin the Engine? (Must-Know)

A Ford automobile must have its ECU's lookup table values modified in order to be tuned. Then, depending on the...

MG Price Philippines and its Performance

MG cars are high-quality, sporty vehicles that have been around for decades. They are extremely popular in the Philippines because...

What Is The Impact Of Covid-19 On The Casino Business?