Van Gogh And His Close Relationship With Other Painters

Vincent Van Gogh was a Dutch painter widely considered the greatest artist after Rembrandt van Rijn. Although Van Gogh was a painter during the Post-Impressionist era, his style involved emphatic brushwork and striking colors. The contoured forms of Van Gogh’s works have greatly influenced the current Expressionist form of art. Yet, surprisingly, he was not very popular until after his death.

Van Gogh was born in Zundert, Netherlands, on March 30, 1853, and died on July 29, 1890, in Paris, France. After Van Gogh’s death, his work gained astronomical popularity, particularly in the latter part of the 20th century when it was displayed in hugely successful traveling exhibitions and sold for world-record prices at auctions.

This article will look at the close relationship that Vincent Van Gogh shared with other painters. Van Gogh’s relationship with some painters, the most prominent being Paul Gauguin, was well known. Read on to learn more.

The eldest of a Protestant pastor’s six children, Van Gogh was raised in a small town in the southern Dutch province of Brabant. He was a shy, reserved young man who spent his free time exploring and taking in the scenery. At 16, he worked as an apprentice for the Goupil and Co. art gallery in The Hague, where his uncle was a partner.

Van Gogh also worked for Goupil from 1873 to May 1875 in London and from that time until April 1876 in Paris. His artistic sensitivity was stimulated by daily exposure to works of art. He soon developed a love for Rembrandt, Frans Hals, and other Dutch masters, albeit he preferred two modern French painters, Jean-François Millet and Camille Corot. Their impact would endure the rest of his life.

His perspective of life changed after a London girl who had been his love in 1874 spurned him. He lost his burning craving for human contact and grew alone.

Vincent van Gogh was a student of theology as he had a strong passion for serving others. But, in 1878, he gave up this goal to go to Brussels for some short-term evangelism training.

He challenged the traditional doctrinal perspective, which led to a battle with authority. Finally, after three months of trying to acquire an appointment, he gave up. He went to work as a missionary among the underprivileged people of the coal-mining district of Borinage in southwest Belgium. He underwent his first major spiritual crisis there from 1879 to 1880 when he lived among the poor and, in a fit of righteousness, gave away everything he owned. Because of this, he was excommunicated by the church for taking Christian doctrine too literally.

After this episode, he began to take his drawing very seriously in 1880 and found his true calling as an artist. Vincent van Gogh drawings describe his vision’s intensity, his superb color sense, and remarkable audacity in his approach. 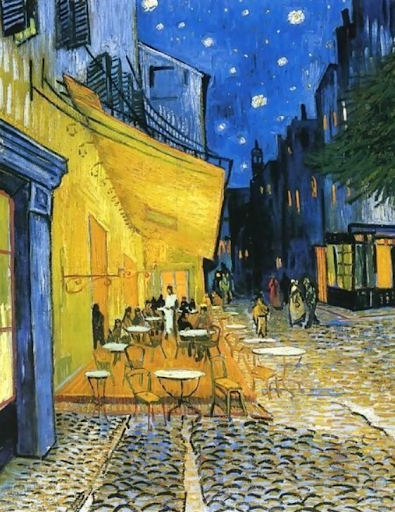 According to popular belief, Vincent van Gogh struggled to maintain friendships and lived a solitary life. But is this the case?

Not entirely. Vincent was the center of attention since he was an artist. He dealt with his fellow painters regularly. He collaborated with them in several cases with different degrees of success. Even at his worst moments, he had people who came together to stand behind him.

In 1880, Vincent went to see the budding Dutch painter Anthon van Rappard at the Brussels Art Academy at his brother Theo’s encouragement. It was a little odd when this sprig of aristocracy and Vincent the “drifter” first met, but they quickly grew close.

Vincent had had enough of Van Rappard’s criticism of his lithograph “The Potato Eaters” in 1885. So he broke their 1880–1881 friendship.

While Van Rappard adhered to the formal requirements of the academy, Van Gogh’s thinking was more open and explored emotional expression. Both artists enjoyed portraying laborers with dignity. They were interested in one another’s work, with Van Rappard frequently serving as Van Gogh’s mentor. Despite being inspired to refine his skills by Van Rappard’s critique, Vincent ultimately decided to follow his artistic heart.

In The Hague, Vincent met Sien Hoornik. She was both his lover and his role model. For more than a year, they shared a home. However, since Sien had been a prostitute, Vincent’s family was not pleased with the arrangement.

Vincent characterized his friendship with Sien as the mutual amusement of two miserable individuals trying to make the miserable bearable. In September, when Vincent eventually traveled to Drenthe “on his own,” he made an effort to support Sien and the kids. Nevertheless, he went with a heavy heart, finding it especially difficult to say goodbye to baby Willem, to whom he had grown as close as if the child were his.

Vincent, though, also valued Russell as a resourceful contact. Russell was rich. Vincent sent Russell twelve sketches of his paintings in the summer of 1888 when he was in Arles to pique Russell’s interest in his art. Russell was also informed about his pal Gauguin’s artistic work.

Russell and Monet frequently collaborated at Belle Île, where Monet reportedly liked some of Russell’s seascapes over some of his own. However, Russell made no effort to popularize his images. 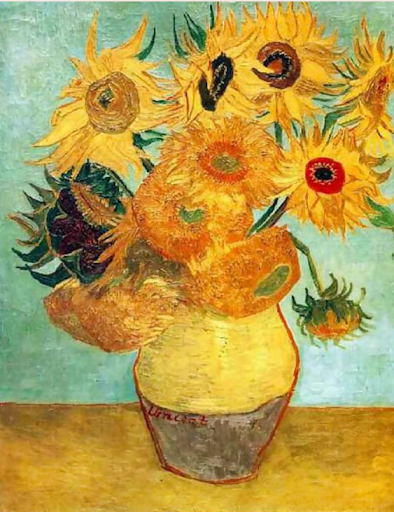 Paul Gauguin and Vincent first met towards the end of 1887. The Martinique tour of the French painter was nearly over. They traded pictures. Theo, Vincent’s brother, displayed Gauguin’s paintings and ceramics at his gallery on Boulevard Montmartre. He also bought from him an image titled “The Mango Trees, Martinique.”

The strong and tumultuous friendship between the two Post-Impressionist greats, Paul Gauguin and Vincent van Gogh, only lasted 63 days and culminated in one of the strangest artistic actions ever: van Gogh severing off his ear. Although the friendship started with the highest hopes, it eventually grew heated and complex.

After months of persistent invites from van Gogh, then 35, the 40-year-old Gauguin finally made it to the tranquil French city of Arles in October of 1888. The little-known Dutch-born van Gogh envisioned turning Arles into an artists’ commune and thought that Gauguin, an older and more seasoned artist, was destined to be its head.

Van Gogh saw Gauguin’s visit as a sign that his vision was finally materializing, but Gauguin had other goals in mind. Theo van Gogh, Vincent’s brother, was Gauguin’s art dealer in Paris, and if the artist moved to Arles, Theo promised to pay him 150 francs per month. Van Gogh had envisioned himself as the “bishop” of a developing group of artists. At the same time, Gauguin regarded Arles as a method to scrape together enough cash to return to Martinique, his genuine source of inspiration.

Just before Christmas, Vincent and Gauguin got into a heated argument. Vincent hurt himself by severing his left ear because he was so disoriented. In two days, Gauguin departed from Arles. He was never seen again by Vincent, who had been admitted to the hospital.

Unlike the many postulations that Vincent Van Gogh lived a lonesome life, he had several friends and good relationships despite his odd way of life. It is sad that one of those friendships, the one with Paul Gauguin, influenced his descent into manic depression and, ultimately, his death.

Joni Lamb is a Christian broadcaster, the co-founder, vice-president, and executive producer of Daystar Television Network. She is best known...

Nicholas Sandmann Bio This is the very thing that you want to be familiar with nicholas sandmann wiki, an American senior...

What to Know About Nikki Reed’s Net Worth, Boyfriend or More

Nicole Huston Reed is an American actress best known for her role as the vampire Rosalie Hale in the popular...

Pandavar Illam is a Tamil TV series that airs on Sun T.V. From Monday to Saturday. In addition, released on...

_Gary5’s ‘Nothin to Somethin’ Has Everyone Waiting

_Gary5 just released his new track "Nothin to Somethin," which has been an international success. The song has received millions...

How to Keep Flies Away During the Summer?

Computer Vision Courses Online– What Can You Learn?