Heardle Music Wordle Game – How To Play It?

A human ear has the capability to hear sounds as low as 20 Hertz and as high as 20,000 Hertz. Did you know that the inner ear of a human ear is no bigger than the circumference of a pencil eraser? People love music and there are so many types and genres of music that a person never gets satisfied with a track.

After the popularity of the Wordle game, new variants and alternatives of it are emerging on the internet. These alternates are competing in the race to become the next best to Wordle. There have been many such games launched in the past year. However, a unique game that is truly a different invention than word games, is Heardle. It would be unfair to say that Heardle is a copy of Wordle.

This is because of its unique concept. This game does not deal with guessing words but deals with guessing songs. This game is designed for all music lovers out there. This game can be played once a day just like Wordle. It is similar in terms of the interface and idea to Wordle, except that, it is a unique game. It is a puzzle-based game that comes with the option of sharing the status with friends. Let’s explore more about this unique game and learn how to play Heardle like a pro. 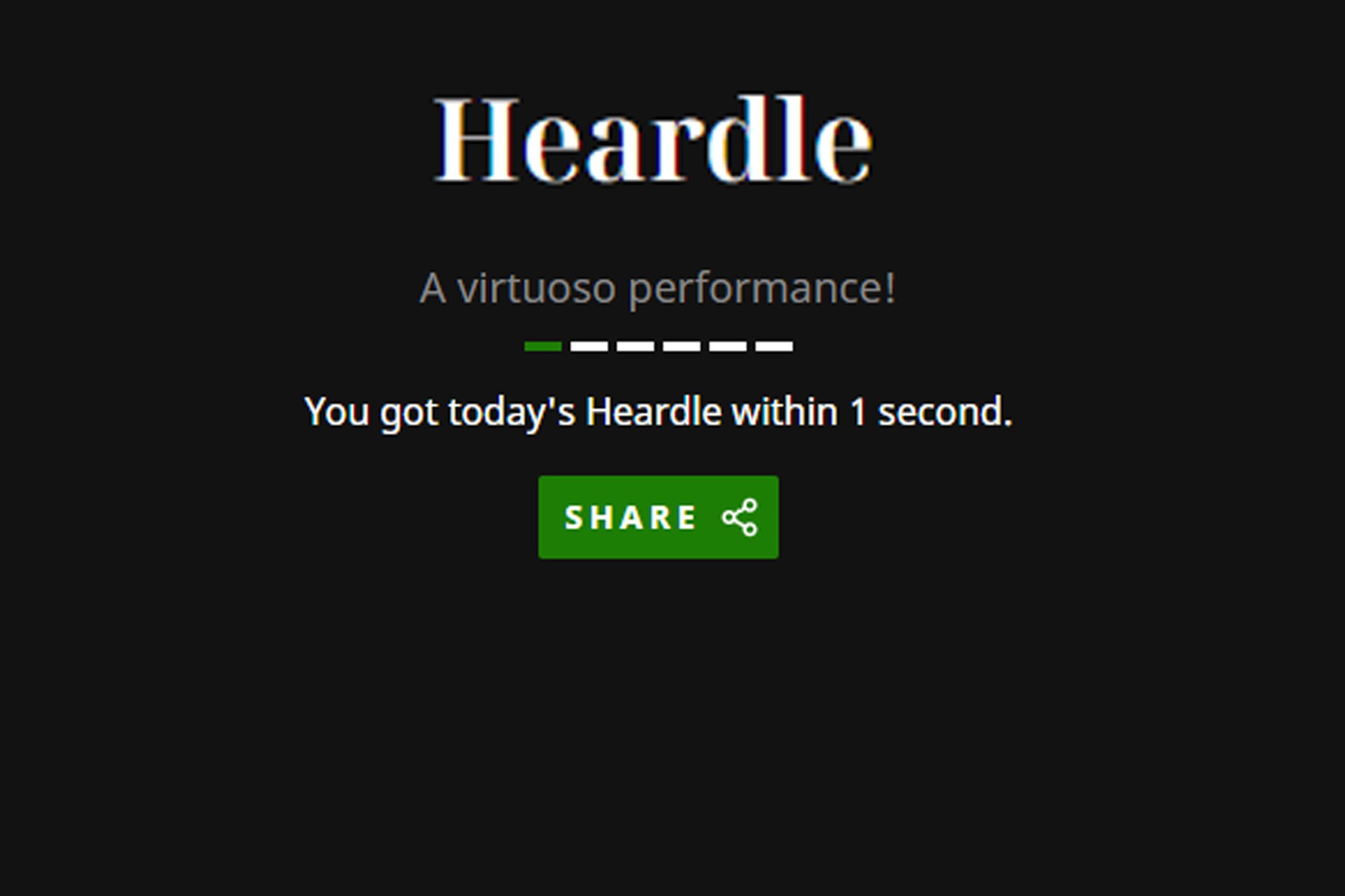 Heardle is vaguely related to Wordle in some aspects. However, it is a unique idea in terms of playing it. It allows you to guess a song within 6 attempts. The song has been portioned into 6 small parts that are progressive. Firstly, you will be able to listen to 1 second of the song. If you are lucky enough, you may know what song it is. However, an average person finds great difficulty guessing a song by only listening to a second of it.

The tracks used in Heardle are songs mostly from the past decade. These are songs from popular artists. Random parts of the songs are arranged in a pattern. You can test your ability to guess the current music track by playing this game. Guess the correct song within the least cues. It will give you a high score and allow you to compete with your friends on the same level.

This is more of a skill game rather than a luck game. If you are a regular hip-hop music fan, then this game might be a piece of cake for you. It is not like some letter guessing game where your victory solely depends on your guessing skills. Hence, this game is loved by a vast majority of people and music lovers around the globe. Hints are also provided within the game. It is the player’s job to identify those hints and play accordingly to win.

Read also: What is the Letterle Game Online? – Get Details Here!

How to Play Heardle?

Let’s discuss the playing rules and techniques of Heardle. Upon entering the website, the game will start right away. You will be given 1 second of a song which you can play an unlimited number of times. However, it is near impossible for an average person to guess the correct song by only listening to a second of it. An average individual takes around 2 to 3 snippets to guess the song.

A few tips and tricks for winning at Heardle will be given in this section. You have to understand how the game works and how your chances to win can increase drastically. This game will be pretty easy for you if you listen to pop music. However, pop music has many variations. The music tracks used in Heardle are mostly from the last decade. You might be lucky to get your favorite song on the list.

The key to winning in this game is to focus on the beat of the song. 1 second might be too less to guess it correctly. Hence, you can always use the skip option to reveal more of the song. The second skip will award you 2 seconds and so on. There is no penalty awarded for using skips. However, your high score depends on the number of skips you use. You are required to guess the song name within the least amount of time.

Where to Play Heardle?

Heardle can be easily played online. You cannot download the game as it is purely an online game. Click here to play the game. The game resets every midnight local time.

What is Heardle Unlimited?

The basic version of Heardle only limits you to guessing one song per day. If you wish to play more, then Heardle unlimited is your best bet. This modified version will allow you to play unlimited times during the day. It also allows you to guess songs that are not available on SoundCloud in your region.

What Are Some Alternatives to Heardle?

People have created many copies and alternatives of Heardle to suit the tastes of different regions and cultures. The basic version has English pop music, which might not be the favorite of everyone. Hence, new versions have been launched. An example is Tamil Heardle which allows you to listen to Tamil songs and guess them. BTS Heardle is also a popular choice among the new generation.

Overall Heardle is an amazing game that allows music enthusiasts to test their music skills. In this topic, we have described in detail how to play Heardle and what extra benefits you can get through Heardle unlimited.

NFT Game Development: The Basics of a New Trend in Gaming

NFTs are physical objects that can be traded, collected, and exchanged on a blockchain. They are non-fungible tokens. NFTs have...

What is the Letterle Game Online? – Get Details Here!